Sandy, located in the panoramic Salt Lake Valley near the Wasatch Mountains, is Utah’s fifth largest city. It draws a lot of outdoor enthusiasts because of the many adventure and extreme activities in the area. There are snowshoeing, downhill skiing, rock climbing and many other sports activities.

Sandy has many activities to offer all types of residents and guests. The city also ranks as one of the country’s safest cities, making it a great choice for families who would like to settle in Utah.

The Rio Tinto Stadium is a 10-year old structure that is home to the Utah Royal FC, Real Salt Lake and other professional franchises in the state. There is also the presence of multinational corporations and major employers in the area, giving plenty of opportunities for residents. There is excellent recreation, dining options, entertainment and sporting events.

Some of the best things that locals love about Sandy are the following.

This beautiful 25,000-seat stadium has a pristine field, thanks to landscape maintenance companies operating in Sandy, Utah. It is home to the Real Salt Lake, the Salt Lake’s Major League Soccer team. Its massive grounds also make it a favorite venue for hosting concerts, sporting events and soccer competitions.

Sandy’s Mountain America Expo Center has events all year round. Some of the most popular happenings are the Asian Fair, Festival of Trees, Bridal Expo, International Auto Fair, Boat Shows and Outdoor Expo. There is always something to draw residents and tourists to check out the events at the city’s largest expo center.

The city of Sandy has access to different hiking routes, mostly in Little Cottonwood Canyon. One can take the popular hike towards Bell Canyon, which is an adventure running past a reservoir before ending at a waterfall. On the other hand, the Cecret Lake hike is an easy trip around an alpine lake where one can admire spring or summer wildflowers in full bloom.

Sweat It Out at the Dimple Dell Fitness and Recreation Center

Locals and tourists can check out various fitness offerings such as adult and youngster sports programs, exercise classes and sports leagues. The center has swimming pools, a jogging track and a fitness floor. It also arranges off-site sports classes and lessons, which range from rock climbing to horseback riding.

This museum is housed in a 19th-century building that is filled with historical effects. The building used to be a store where Sandy locals can sell, buy and trade their goods. The displays in the museums tell the story of Sandy, from the first settlement in the 1860s. It also features the town’s evolution from being a Mormon farming community to becoming a mining town to a modern suburb.

Be Amazed at the Sandy Balloon Festival 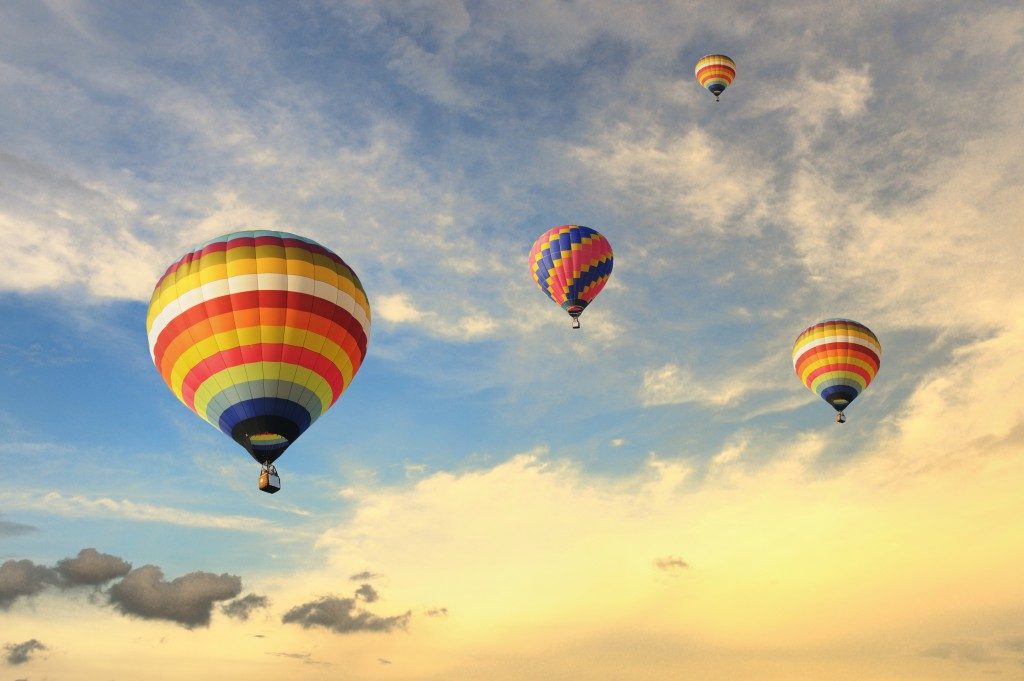 There’s something amazing about hot air balloons especially when there is a multitude of them scheduled to fly up. The Annual Balloon Festival held at the Storm Mountain Park is one of the city’s most popular events. Visitors and locals gather one early morning in August of each year to watch the launching of the balloons. This two-day event also features craft workshops, as well as balloon glow party in the evening coupled with good food and party music.

Sandy is a growing city that has plenty to offer to locals and tourists alike. Many sports enthusiasts are encouraged to move in and live where the action really is, and that’s here in Sandy, Utah.