We now have different options to cleanse our face, and these are categorized based on our skin types. If you search online, you’ll see face wash for oily, dry, sensitive, and combination skin. But did you ever ask how these products have come about? Did the Egyptians use different cleansers for their faces? What did soap look like then?

This guide briefly discusses the history of soap making and how it evolved to the facial washes sold online these days.

Cleansing in the early times used merely water. But since not all environmental impurities are water soluble, this method proved to be less efficient. Later civilizations needed to look for other ways to get rid of dirt in their body.

This is when a stone or a piece of bone, also called strigil, was used to scrape off dirt and other impurities. Strigil was not only used with water but also with olive oil, especially after a long hot day.

There were other developments to face and body cleansers, but the earliest mention of it on the records is around 2000 BC. It’s recorded in a Sumerian clay tablet. The discovery and ingredients thereof are not mentioned, but several reports revealed that the Sumerians used ashes and water to get rid of grease from wool and cloth, and, therefore, may have used the same to cleanse their bodies.

The water and ash combination was enhanced by adding grease—from fats and oil—to the mixture to improve the alkaline performance from the ashes. But saponification or the process of soap making was allegedly discovered near Mount Sapo. The ashes from the wood were washed by rainwater along with melted animal fats, and this led to the discovery of soap as clothing and body cleanser.

Other civilizations, like the Egyptians, used olive oil with beeswax to cleanse and moisturize their bodies. Cleopatra is known for this method.

Although saponification was discovered around 600 BC, the details on how it’s done were not published until 1775. The specifics of how the soap used in ancient times evolved into what the people from the early modern era used are not mentioned, but the credit goes to the English for developing the first wrapped soap bar in 1884.

After the decline of sweet and speckled soaps, Italy developed perfumed soaps. Manufacturers from other places then followed. 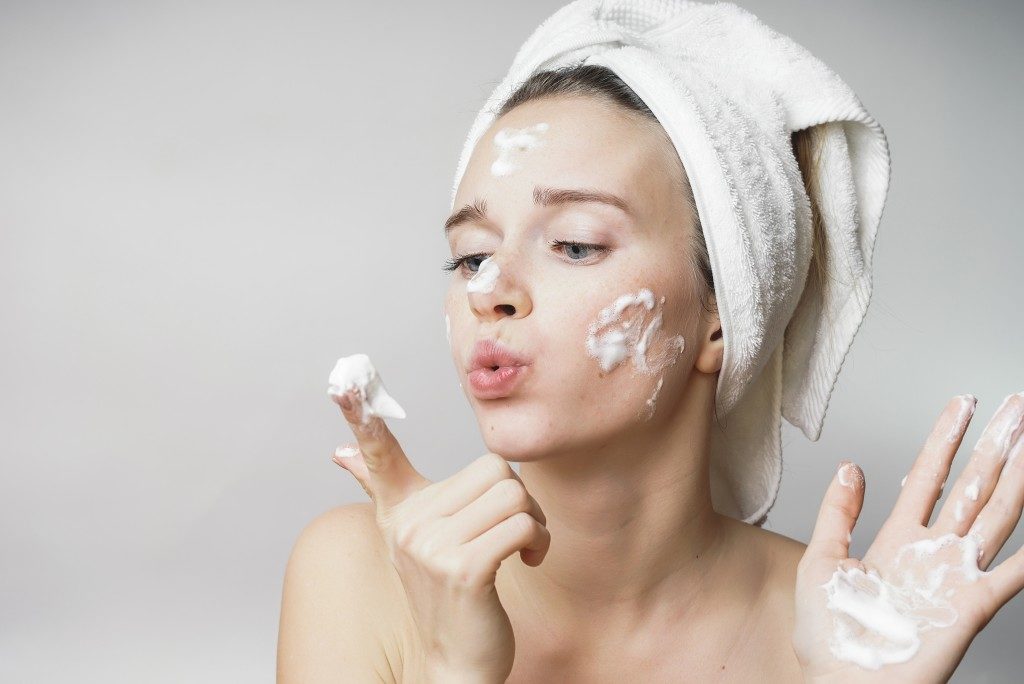 The last century found the need for milder soaps for our faces. Most of the facial washes and cleansers made were soap-free with lower pH levels. But these steps were not enough. The first soap-free cleansers not only dissolve unwanted oil from our faces but also removes the natural lipids we want to keep.

From there, less harmful cleansing agents have been developed. More products are made less aggressive by combining detergents with special polymers that don’t cause skin irritation. Soap makers also changed traditional surfactants to become milder for our faces. Then there are face washes that include antioxidants, polypeptide, fatty acids, and so on. These elements are in charge of leaving your face soft and hydrated.

From the ancient civilization to the present times, we can conclude that face and body cleansing are crucial parts of self-care, water is not enough to clean ourselves, and manufacturers will keep developing cleansers that suit our needs. That means face and body washes are so important that some of us can’t leave them out of the facial care routine.