The latest fashion trends easily sway not all women. There are women who dress according to culture and their way of life. Members of some tribes, religious sects, and ethnic groups prefer certain types of clothing over the latest designs.

In the same vein, there are also those who choose to go for clothing that is functional and appropriate for the work they do. The American cowboy heritage is known around the world and encompasses more than just the simple cattle herding.

It has become a culture all its own characterized by big cowboy hats, cowboy boots with spurs, belts with huge buckles, plaid shirts and even western vests worn by women.

Western outfits were born out of function and the need for sturdy and hard-wearing clothes. They were worn to make working on the farm easier and more convenient. Cowboys earn their living by tending the ranch, feeding livestock, branding cattle, and farming.

Cowboys and girls have learned to read weather conditions, survive in harsh work conditions, and do dirty work — quite literally. They aren’t squeamish about getting their hands and clothes dirty when an animal gives birth on the ranch.

Western clothing was and still is defined by individuality and functionality. Western men and women wore hats to protect themselves from the elements.

The bandana was used to wipe sweat from their face after being out in the sun all day. Boots were made to hold the stirrups well, and sturdy jeans and shirts were worn to weather all snags and brush from working all day long. 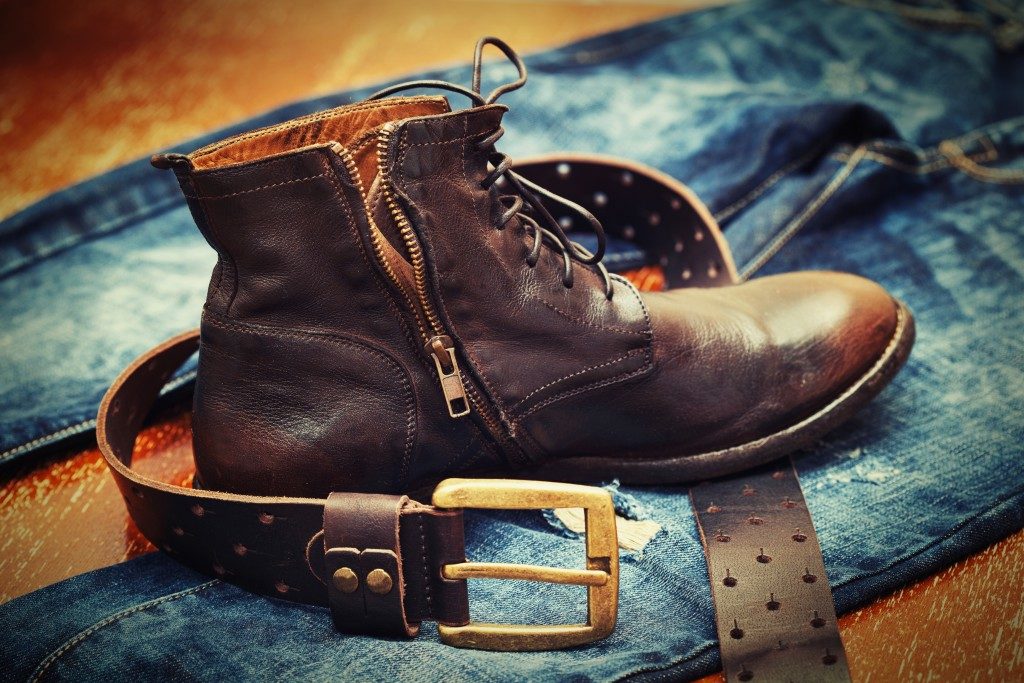 There was really no intent to become fashionable when wearing cowboy outfits. It is practical, hassle-free, and served its purpose well. Over the years, however, the fashion world picked up on Western outfits, and they became popular and stylish.

It may be because of the popularity of Western or cowboy movies in the 1960s until the 70s. Given how big an influence Hollywood had in how people dressed up, it was not surprising that even ordinary folk started dressing in cowboy hats, boots, and vests.

Pretty soon students came to school in cowboy outfits, and the “hip” generation wore cowboy hats and boots everywhere they went. This trend can still be seen until now.

Western fashion has become a well-accepted fashion genre. It has been seamlessly incorporated with corporate and even formal wear. Every now and then you’ll find a celebrity or Hollywood star in a cowboy outfit or with a Western element at the red carpet.

That cowboy hat is now worn with suits and coats and the fashion runway. The cowboy influence does not stop at boots and women’s vests. Western-themed celebrations include barn weddings and balls. Formal dinners are given a creative spin with western decor and elements.

Of course, the high point of the celebration is having everyone dress up in cowboy-inspired “show outfits” characterized by tassels, studs, sequins, and other eye-catching designs. These are what cowboys wear to rodeos and special occasions.

Western outfits can be fun, colorful, and bold but their origins really were for the working man and woman. They are not expected to go out of style anytime soon.