In a survey conducted from September to October 2020, the American Association of Retired Persons (AARP) found that amid the restrictions brought about by the pandemic, 82 percent of people aged 50 and older stated that they stayed in touch with their families and friends through technology. While only 52 percent of them used video chats in 2019, usage grew to 70 percent. They mostly used smartphones, but some also used tablets, laptops, or desktop computers. 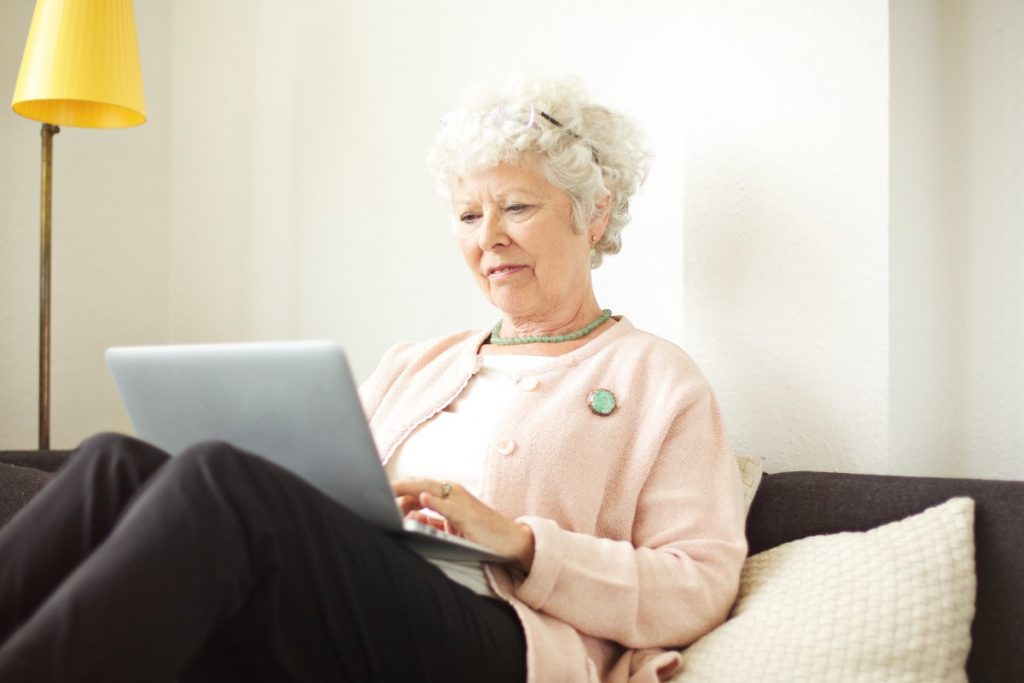 The AARP conducted another survey from September to October 2021. Results showed that among people aged 50 and older, 97 percent owned one or more devices. Among those aged 50 to 59, ownership has stabilized. However, among those aged 60 to 69, ownership grew for smartphones, tablets, smart TVs, home assistants, wearables, and smart home technology.

The majority, or 66 percent of the respondents, stated that they mainly use technology for connecting with others. In comparison, 59 percent used it for entertainment, 47 percent for managing their responsibilities, 43 percent for keeping themselves healthy, 38 percent for learning a new skill, 36 percent for pursuing a passion, and 29 percent for retaining their personal independence. For instance, 34 percent use it to order restaurant food online for delivery.

For entertainment, 34 percent listen to podcasts, and streaming frequency done weekly or more often increased from 58 percent in 2020 to 62 percent in 2021. Facebook is still the most popular social media site, followed by YouTube. It is noteworthy that 17 percent are interested in taking online tutorials, and 15 percent are interested in taking online courses for a certificate or a degree.

One of the issues for older people using hearing aids is how to use headphones with them. Earbuds are already ruled out because the hearing aids are taking their position. While on-ear and over-ear headphones can technically be used with hearing aids, Clear Living notes that these can sometimes produce feedback. It is important to find the right type of headphones for specific types of hearing aids. The headphones must also be properly positioned so that they are not pushing on the hearing aid.

It is also important to adjust the sound level of the headphones using a sound volume meter app. For extended listening, the sound should be below 85 dB. To enhance listening without the need to turn up the volume, noise-isolating or noise-canceling headphones work best.

Thanks to new technology, older people with mild to moderate hearing problems can now use hearing aids that can also function as earphones for their devices. There is no need to use unwieldy headphones over hearing aids. A smart hearing aid certified by the Food and Drug Administration (FDA), Olive Pro by Olive Union, is also a wireless earbud that enables the wearer to take calls or stream music via Bluetooth.

One of the drawbacks of wearing a hearing aid or earphones most of the time is that it can lead to a greater buildup of ear wax in some people, especially the elderly. This, in turn, can lead to impacted earwax that further blocks hearing. The improper use of cotton buds can push the earwax further in and even damage the eardrum. In case this happens to you, you can opt for a safe procedure like ear wax removal through microsuction. To prevent buildup, hearing aids and earphones must be removed for at least eight hours every day.

The Senior Market for Technology

The pandemic has hastened the technological adaptation of current seniors. In the coming years, people who grow into their senior years will already be tech-savvy and will, therefore, expect more from their devices. According to AARP, the market for people aged 50 and older will grow to 132 million by 2030, and they are predicted to purchase technological products at an average of $108 billion a year. This is a good incentive for companies to do further research and development to produce devices that will further enhance the quality of life of seniors.