Scoliosis is a condition where the spine curves or twists abnormally. People with scoliosis have an uneven posture, some more obvious than others. One shoulder or one hip can be higher than the other or the whole body can lean toward one side. The American Association of Neurological Surgeons (AANS) cites data from the National Scoliosis Foundation (NSF) that two to three percent of Americans or about six to nine million people have this condition. It necessitates about 600,000 consultations with private physicians every year.

Congenital scoliosis begins when there is a malformation of vertebrae in the embryo. The child is born with the condition, and it is often detected in early childhood. Neuromuscular scoliosis is the umbrella term for scoliosis that is associated with other neurological or muscular conditions such as spina bifida, spinal muscular atrophy, muscular dystrophy, spinal cord trauma, and cerebral palsy. This often requires surgery because its progress is more rapid.

Around 80 percent of scoliosis cases have no identifiable cause. This is called idiopathic scoliosis and it is often diagnosed in children and adolescents from 10 to 15 years old. While it occurs in equal frequency in both males and females, it is eight times more likely to progress to a level that requires treatment in females.

In some cases, scoliosis progresses into adulthood. This can happen whether it was treated in childhood or not. According to the AANS, a study followed adults with scoliosis for 20 years and found that 30 percent had only a mild progression of less than one degree every year while 10 percent had significant progression.

Degenerative scoliosis develops with age, usually among people who are 65 years old and older. The spinal canal narrows and pinches some spinal nerves. This causes back pain, but the level of curvature rarely needs surgery. Other methods are advised to ease the pain. 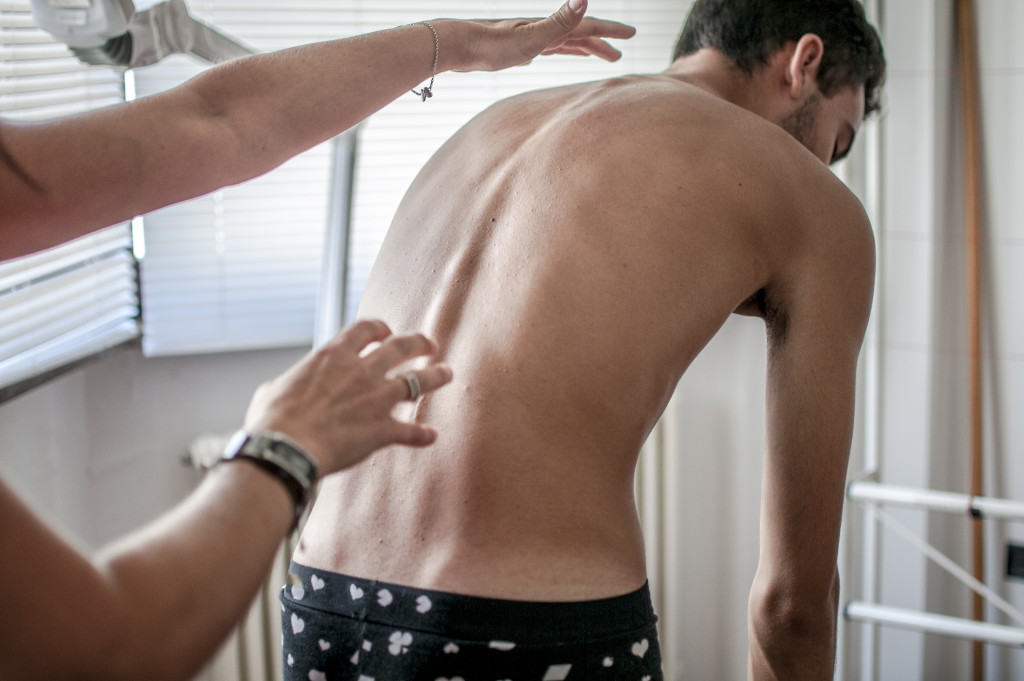 US News reports that according to Dr. G. Ying Li, service chief of pediatric orthopedics at the C.S. Mott Children’s Hospital of the University of Michigan Health, scoliosis diagnosed in children younger than 10 years old can be life-threatening if left untreated, causing damage to the heart and lungs as it worsens. Dr. Li is the co-author of an international study published in December 2019 that followed the progress of 59 children who underwent surgery for early-onset neuromuscular scoliosis.

There are two types of surgery that parents can choose for their children. One is growth-friendly surgery which uses expandable rods to allow the spine to grow. Some of these rods must be expanded through further surgeries every six months. This means frequent exposure to anesthetics as well as the risk of surgical infection and other complications. In other cases, more advanced magnetic rods are used that can be expanded without surgery. The study notes, however, that the magnetic rods themselves were linked with complications. Also, growth-friendly rods are often eventually taken out once the patient has achieved enough growth. The other type of surgery, spinal fusion, is then done. Spinal fusion surgery involves the insertion of rods and screws to fix the spine in a more natural position. According to the NSF, around 38,000 children go through spinal fusion surgery every year.

The study found that children who only had spinal fusion surgery underwent an average of 1.6 operations. Only 25 percent of them had complications. Meanwhile, those who first had growth-friendly surgery underwent an average of 8.7 operations, with 84 percent of them experiencing complications. This is something that parents need to consider. It is a difficult decision, especially in children aged 10 and younger.

Among adults with scoliosis, surgery is only recommended as a last recourse when non-invasive measures no longer alleviate chronic severe pain. It is also resorted to when the condition has progressed to a point that will cause disability.

Not all children diagnosed with scoliosis will need surgery. According to Dr. Paul Sponseller, Johns Hopkins Division of Pediatric Orthopaedic Surgery director, only 10 percent of children with scoliosis need it. For about 30 percent of patients, wearing an external torso brace will do the job.

Another widely recognized treatment and management of scoliosis for children and adults is the Schroth method of physical therapy. According to an article in the Scoliosis Journal, it uses specific breathing techniques, stretching, and exercises that were developed by Katharina Schroth in 1921. She also had scoliosis and was not satisfied with the effects of steel braces on her condition. Her daughter, Christa Lehnert-Schroth, developed the method further in the 1970s.

There are other therapies that also help in spinal alignment, posture, and pain prevention and alleviation, and all these are complementary. Some examples are acupuncture, trigger point therapy, and myofascial release, among others. A person with scoliosis can now manage the condition without suffering.