A head injury is defined as any damage to the brain, skull, or scalp in the medical community. The severity of the damage can vary from minor abrasions and contusions to a severe brain injury. Skull fractures, concussions, and cuts to the scalp are all common types of head injuries, depending on the severity of the damage and what caused it, the outcomes, and significantly different treatments. Also, kids are more susceptible to injury. As a result, they must wear reliable ski helmets like Giro Youth while playing winter sports.

There are two types of closed head injuries: concussions and traumatic brain injuries. Any damage to the head that does not result in a skull fracture is classified as a closed head injury. Something breaking your skull and entering your brain is an open (penetrating) head injury.

It’s difficult to tell the severity of a head injury simply by looking at it. When it comes to head injuries, some are severe enough to cause significant bleeding, while others are mild enough not to cause any. All brain injuries should be taken carefully and evaluated.

Head injuries come in a variety of forms:

Any pool of blood outside the blood arteries is known as a hematoma. A brain hematoma can be very risky. It’s possible that the clotting can lead to increased pressure in your head. You can go into a coma or suffer irreversible brain damage as a consequence of this.

Headaches and nausea are common side effects of subarachnoid hemorrhages. Depending on the extent of the bleeding, intracerebral hemorrhages may be mild or severe. However, over time, any quantity of blood can lead to a buildup of pressure. 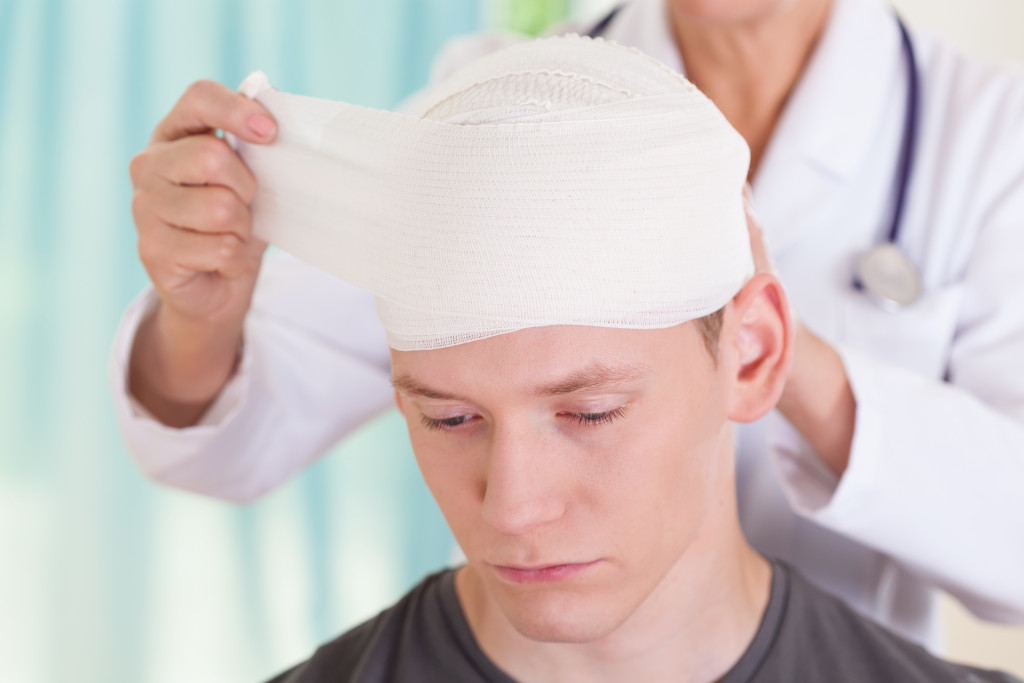 When a blow to the head is severe enough to induce brain damage, it results in a concussion. According to popular belief, this is caused by rapid acceleration or deceleration or the brain bouncing against the rigid skull walls. In most cases, the impairment caused by a concussion is very transient. Repeated blows to the head, on the other hand, have the potential to alter brain function permanently.

Edema, or swelling in the brain, can result from any damage to the brain. Swelling of the surrounding tissues is common after various traumas, but swelling of the brain is particularly dangerous. The swelling won’t let your head expand. As a result of this, pressure builds within your skull, pushing your brain against the inside of it.

5. Fracture of the Skull

The skull lacks bone marrow in contrast to the majority of other bones in your body. It also makes the head very durable and hard to crack. Because a shattered skull can’t take the force of a hit, it increases the risk of brain injury. Find out more about skull fractures by reading the following article.

If you suspect a brain injury, get medical attention right once. Seizures and vomiting should be reported to your doctor. They’ll ask about the circumstances of the accident, your symptoms, and any previous health issues you’ve had. The doctor may also enquire about your health status by asking you a series of questions. A good example might be, “What day of the week is it?” You may have to spend some time in the hospital. This gives the doctor a better view of your health and lets him keep tabs on it.

Imaging isn’t necessary for the majority of head traumas (taking pictures of your head). If your doctor requests a shot, they may request a CT scan or an MRI scan. These scans look for damage and assist the doctor in making a medical diagnosis due to the results.

The most important thing is to create a healthy atmosphere for everyone, especially youngsters and the elderly. To avoid severe head injuries, wear your seat belts when driving and a helmet while doing sports like bicycling, in-line skating, or skateboarding.

Depending on the brain area affected and the degree of damage, people with severe brain injuries may lose muscular strength, fine motor abilities, speech, vision, hearing, or taste function. Changes in personality or conduct, whether long-term or short-term, are possible. These people need medical and rehabilitative care for the rest of their lives (physical, occupational, or speech therapy).

What a person recovers will be determined by the kind of brain damage and any underlying medical conditions. It’s critical to concentrate on enhancing the individual’s skills at home and in the community. As long as the patient receives positive reinforcement, it will help to build self-esteem and foster independence in them.