A few years ago, famed free solo climber Alex Honnold, did the impossible. He climbed El Capitan, North America’s most dangerous rock formation, without any ropes or safety nets. It meant that one slip from the 3,000-foot mountain would result in immediate death. Before Honnold, no one had ever achieved such a feat.

Because of his successful ascent, many individuals are now looking to emulate him and transcend to free solo climbing. But it is a dangerous activity that’s not for everyone. So if you think that it’s too scary to climb a mountain without ropes to prevent you from falling, do not feel embarrassed. It took Honnold years to gather the courage and hone his skills before conquering El Capitan.

However, if you want to be a free solo climber like Alex Honnold, there are a few things you need to accomplish before you set out to do one of the most dangerous activities today. And here are the things that you should do:

Alex Honnold is a successful free solo climber only because he never leaves anything to chance. Before he sets out to conquer a mountain without any safety gear, he does a test run first with safety gear. He figures out which path is the easiest for him once he ditches his safety gear so that when he does his free solo climb, the chances of him making a mistake are minimal.

So if you want to free solo climb, start with a mountain that’s very easy to climb and use your safety gear. That means you need to invest in bulk paracord lines and other safety items to ensure that your ascent will be safe.

While you’re climbing, take note of all the handholds and footholds you encounter and see which ones will help you choose the safest route. If you want to concentrate on your climb, ask an expert climber to accompany you and let you know which roads are safer than others.

When you’re climbing the mountain on your test run, try to remember every move you make. When you’re about to perform your free solo climb, you will use your memory as your guide to climbing up the mountain.

It’s a lot like rehearsing for a dance recital. First, you learn the moves, then practice extensively. When you’ve memorized all the steps, then it’s time to perform. It’s what you will also do when rock climbing without ropes. 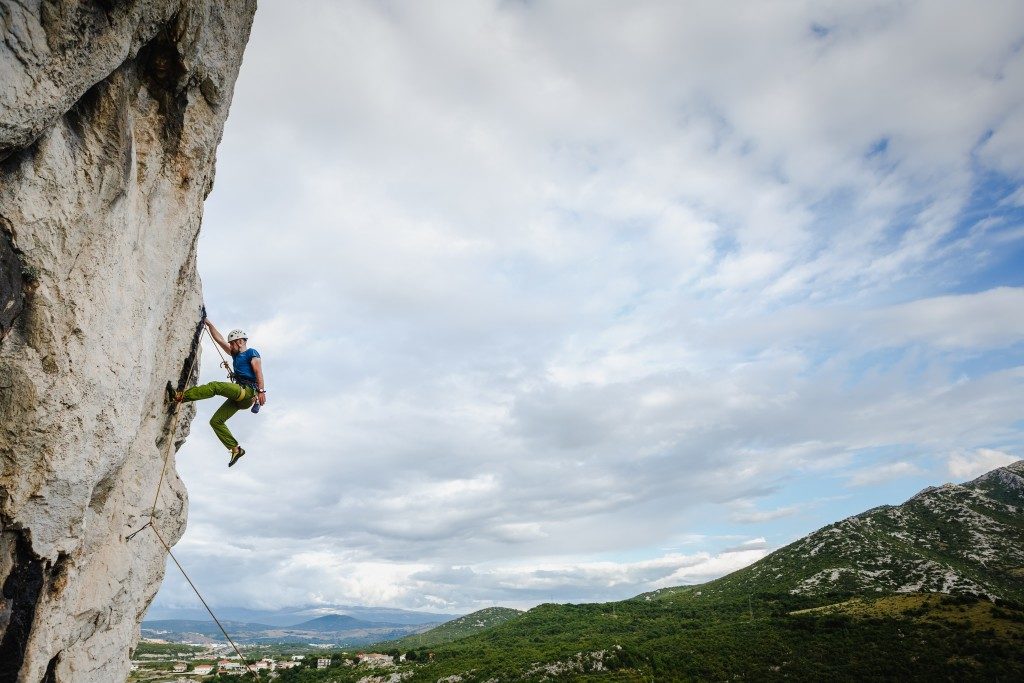 Alex Honnold says that whenever he climbs a mountain without any safety equipment, he does not think about what his next move will be after he secures the first handhold. He says that since he’s climbed that mountain several times, he already knows what he’ll be doing next without having to think about it.

4. Don’t be afraid to back off

When Honnold made his first attempt at El Capitan, he backed off when he reached a certain point. He said afterward that he didn’t feel confident about his situation and his capability at the time, which is why he decided to climb down.

If you start climbing a mountain and you’re not 100% sure you’ll be able to reach the top, climb down. It’s not worth risking your life, and in free solo climbing, every individual has a 50/50 percent chance of surviving.

5. Train with an expert and seek his advice

Train with a seasoned climber so that he can teach you things about rock climbing. Also, seek his advice and have him assess your capability of climbing a mountain without ropes. Be prepared to accept his unbiased assessment of your skills, and if he says that you’re not ready to climb a mountain without safety gear, then don’t push through with it.

Free solo climbing is a dangerous activity. It can be fun and even life-changing, but the risk is very high. Also, there are no second chances after that first mistake. So think hard and ask yourself if it’s worth it.