Almost every kid will have a smartphone or tablet nowadays. Babies not even a year old have started watching educational videos. Toddlers and children have apps devoted to their entertainment. While it may be convenient to give a kid a phone to play with or a video to watch, multiple studies point to smartphones and tablets harming kids in various ways. School performance in science, mathematics and reading is dropping across the globe, and experts point to smartphones and tablets as the primary culprits.

Sitting your kid in front of their favorite movie might give you a couple of hours of freedom. However, those 2 hours in front of a screen can seriously harm your child. Constantly watching cartoons or playing games on a smartphone can severely shorten attention span, similar to mild cases of attention deficit hyperactivity disorder (ADHD). Fast-paced action and constantly changing images become the benchmark to hold your child’s attention.

Normal games and activities become mundane in comparison. What more listening in school. Several studies have pointed out that even a 10-minute cartoon can immediately impact memory and problem-solving ability. Even educational cartoons can be harmful if they are not paced properly. Rather than learning, children focus more on the images and action — and their shorter attention spans might make learning at school more difficult.

Smartphone games are even more insidious. They constantly activate the reward centers of the brain, producing dopamine that can easily be addictive. Even social media apps target the reward centers of the brain through likes and followers. It takes the brain more than two weeks to recover from dopamine addiction, so make sure to hide those devices. The American Academy of Pediatrics (AAP) advises parents to limit television, console games, and smartphone games for children. Children below the age of 2 are particularly vulnerable, and the AAP discourages the use of smartphones, tablets, or any other screen altogether.

Children are spending more time on their phones than asleep in their beds. A study in Australia found that children with smartphones or tablets are sleeping an average of 7.5 hours — way below the 10 hours recommended for proper development. Lack of sleep also plays a big part in dropping grades at school. It is closely associated with forgetfulness, learning difficulties, and a drop in motivation. 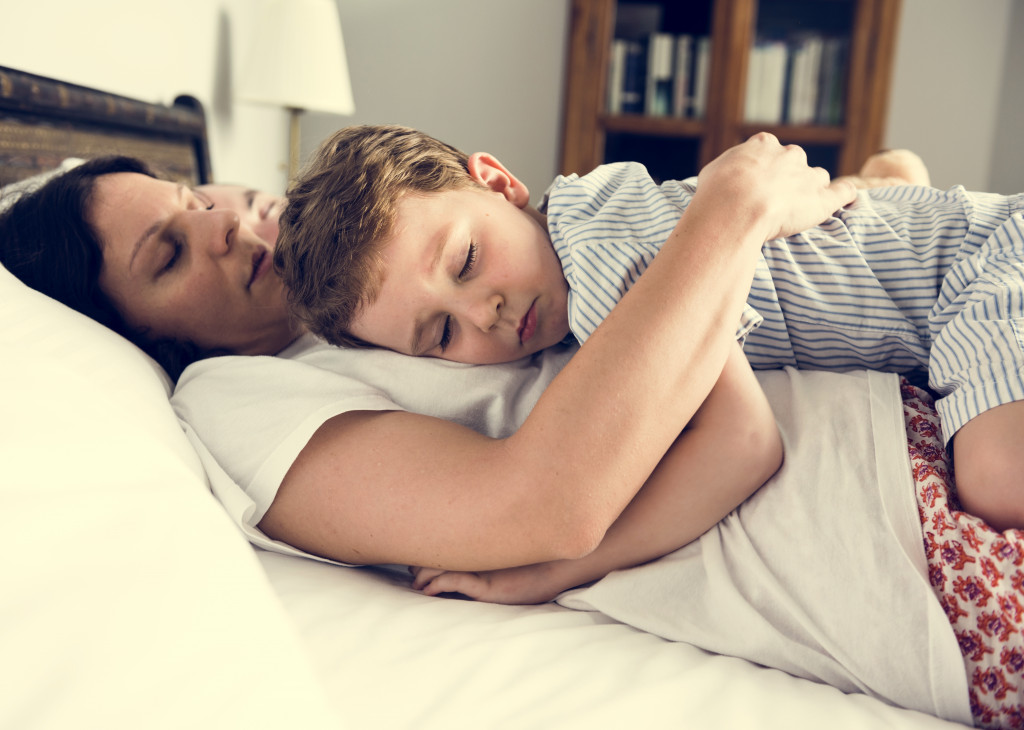 The human body recovers from physical, mental, and emotional stress during nighttime slumbers. Too little can cause your child to be irritable and more vulnerable to emotional outbreaks. Over time, lack of sleep can lead to increased anxiety and a higher risk of depression. In Japan, children are discouraged from using their devices after 9 pm. Bright screen lights can skew the body’s biological clock, so make sure to tuck away devices at least a couple of hours before bedtime.

A sedentary lifestyle often leads to weight gain or even obesity. In the US, 13 percent of children between the ages of 2 and 5 are already obese, and obesity numbers are growing to 20 percent among kids between 6 and 11. In adults, diet is the primary driver of weight gain.

However, kids have higher metabolic rates. An active kid can eat almost as much food as he wants and burn it all off in a single afternoon of playing. Smartphones stop your kid from playing outside. According to a study in Colombia, using a smartphone for more than 5 hours a day increased the risk of obesity by 43 percent. Obesity is linked to heart disease, Type II diabetes, mobility problems, and an overall higher risk of morbidity and mortality (from all causes).

Give your toddler toys that drive his/her creativity and imagination. Building blocks and construction toy sets stimulate imagination, creativity, and problem-solving skills — while also allowing group play and dynamics. Entertain your kids with board games, card games, or even simple tabletop role-playing games.

Once they’re grown enough, encourage them to try a sport or activity. Team sports like baseball, soccer, basketball, or volleyball are especially effective in keeping kids competitive and motivated. Group activity also develops interpersonal and social skills, allowing kids to become better adults. Buy your kid a bike, a skateboard, or roller blades. They might come home with a few bruises and scrapes, but they will be protected from more serious conditions when they grow up.

There are no shortcuts to raising children. Smartphones and tablets might seem like great conveniences in keeping your kids busy and entertained — however, using them constantly can have long-term detrimental effects on children.