Champagne gifts in the UK are popular. According to Euromonitor International, the country ranks as the second-biggest consumer of the beverage only next to France. Despite its being common, not many know a lot about it. Learn more about these bubblies with these four facts:

Champagnes Can Last for Years

Sure, champagne is not wine, but it doesn’t mean it cannot last long. As you store it unopened, you can still drink it within the next three to five years. Otherwise, you need to consume the bottle in three to five days.

When it comes to storage, the bottle can be standing up or horizontal. It depends on how long you plan to keep it. If you are drinking it within a few days, you can keep it inside the fridge. You can also place it there for up to a month as long as you didn’t open it.a

Else, the bottle should be horizontal away from bright lights and not in the kitchen. Keep it in a cool dry place that can maintain a temperature between 47 degrees to 50 degrees Fahrenheit.

Not All Champagnes Come from France

To be clear, the real champagnes are the ones that come from France, specifically the Champagne region (hence, the name). You, however, can come across other types of “champagnes” including the ones from California.

The notorious California bubbly can be from Pinot Noir and Chardonnay grapes, which are the same raw materials used in making French champagne. Manufacturers can also produce bottles through the traditional method, which involves secondary fermentation.

Champagnes Do Have Bacteria 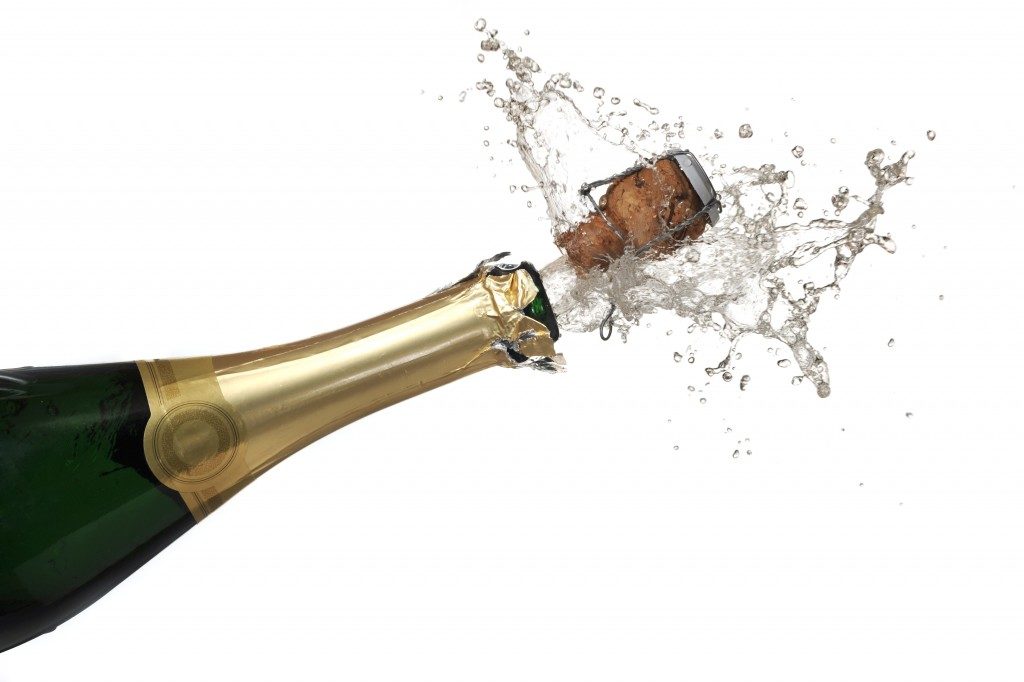 Do you ever wonder how champagnes and other sparkling wines acquired their taste? It’s all because of their methods that involved, wait for it, bacteria.

Fermentation is one of the long-standing processes of converting sugars into alcohol through a series of chemical changes. In the case of champagnes and wines, the yeast breaks down the sugars present in grapes.

The by-products include carbon dioxide, which makes the products bubbly. They also contribute to the flavor. The traditional champagne method, though, involves secondary fermentation. The manufacturers add yeast, a base wine called Cuvee, and sugar to further improve the brand’s profile.

There’s also another ingredient, which is bacteria. These are but natural outcomes during fermentation, particularly since the manufacturing process calls for yeast. Bacteria love to feed on them. Research shows that their presence further gives the champagne bottles their distinctive flavor or characteristic.

If you happen to drink beers that taste like wine, your taste buds are not fooling you. More breweries are using champagne yeast. This type of yeast can tolerate higher alcohol levels, and they are also voracious consumers of sugars and carbs. It makes them perfect for manufacturing dry beer, which is a fully fermented type of beer. It isn’t sweet, but it’s a hit for those who want bitter beverages.

Are you ready to say cheers? Hopefully, these facts will make every sip more pleasurable and memorable for you and your family and friends.