“Bingeing” has become a commonplace term used by many to describe how they’ve consumed a lot of something. While it may be humorous to some, bingeing means differently to people suffering from binge eating disorder (BAD).

Just like other similar conditions, BAD can be managed with the help of various eating disorder treatment options. However, deciding to see an expert in Omaha, NE (or any other area for that matter) is not always easy, especially when you don’t think you have a disorder in the first place.

Binge eating disorder is a particularly tricky condition to detect because some tend to dismiss it simply as overeating or stress-eating. In this article, we’ll take a closer look at how BAD differs from the usual overeating and how it is closely linked to mental health.

It’s common for people to eat more than usual, especially during the holidays or a special occasion. This isn’t what binge eating disorder is, though.

People suffering from BAD often feel guilty after a bingeing episode, but unlike those with bulimia, they do not try to make themselves throw up. They also do not exercise a lot to burn what they just ate.

The exact cause of BAD is yet to be known, but it is more common in women. Obese people are also at risk of developing BAD, although normal-weight people can also have it.

Binge Eating and Overeating — How They Differ

To distinguish overeating from binge eating disorder, take a look at these examples:

Binge Eating: A Mental Problem, NOT a Weight or Diet Issue 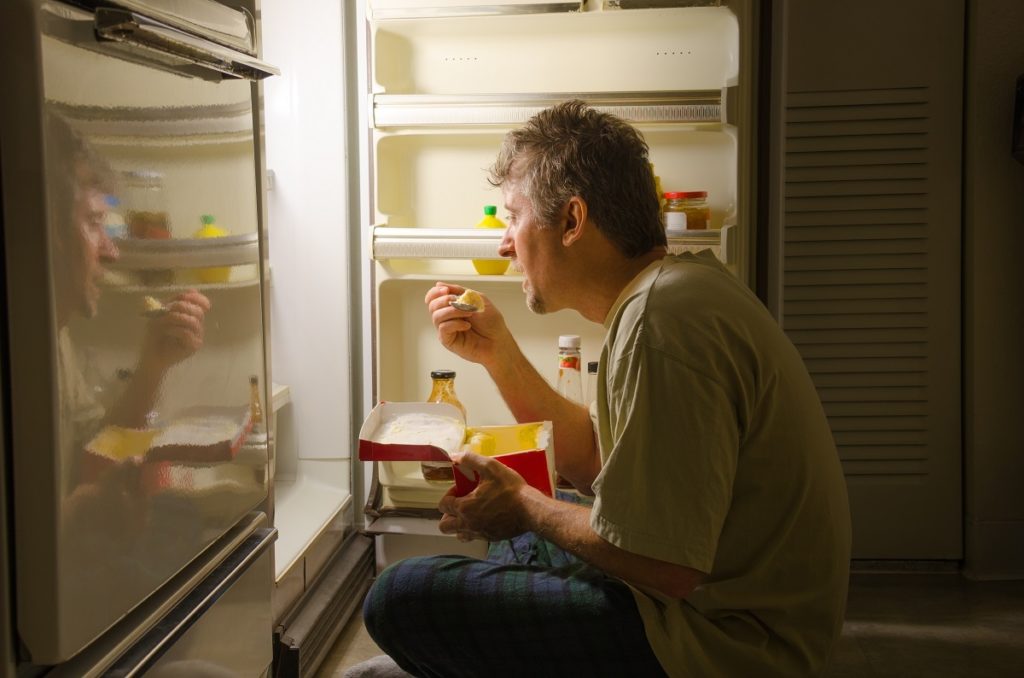 A common trait among people who have binge eating disorder is that they have trouble managing their emotions. They may unconsciously see eating as a way to escape their current situation or comfort and reward themselves.

The eating disorder has also been observed to go hand-in-hand with mental health problems, primarily depression. Most patients also have a history of abuse and addiction.

Patients who fail to see the right professional help tend to turn to inappropriate ways to manage the problem. As weight gain and obesity are common effects of BAD, some think that all they need to do is follow a strict diet.

However, dieting often backfires, and when it does, patients often find themselves turning to food once again for comfort. This is why a BAD treatment program needs to look beyond weight and diet and prioritize, achieving mental wellness first.

The Right Professional Help is the Key

If you think your eating habits have been drastically changing recently, it is best to seek the right professional help. If you also notice a loved one showing signs of binge eating disorder, do not hesitate to suggest that they consult an expert.

Eating disorders manifest in patients in different ways, and there is no one-size-fits-all solution. By consulting a professional, you or your loved one can get a customized treatment approach that offers a higher chance of success.