You could say the automobile overruled the horse. For millennia there, horses were right front and center of the transportation universe. And though the glory that was Rome used other beasts of burden to do their hard labor, the horse remained their primary means of travel, and ultimately conquest. Of course, we can’t disregard the great Mongol warriors who made the most of horses to build the biggest contiguous empire on Earth ever. They say their army was so lethal because they trained their warriors to shoot an arrow with accuracy while riding a horse.

Then came Henry Ford and a slew of innovators who envisioned the future was better without man’s dependence on a horse. And as Ford’s dream of a “horseless carriage” came true, slowly the animal that bore the biggest brunt fade into the background. The industrial revolution has swept the rug under the horse’s feet. Whether you like it or not, however, riding horses do offer benefits you won’t get while driving behind the steering wheel.

Surprise, surprise. Top of the list is burning calories, which also means getting rid of unwanted flab. Let’s admit it though. Riding a horse is not like running or burning calories in the gym. It’s the horse that does the most work when you’re on the saddle. But that doesn’t mean you don’t burn calories.

The British Equestrian Foundation details that trotting (slow walk) gently can burn about 360 calories within a span of 30 minutes. In the process, you tone your abs. But that’s just for starters. Here’s a way for you to know how many calories you burn should you want to go further.

If you’ve heard of someone getting injured while riding a horse, to some degree it could be true. Riding a horse is a skill, just like driving. The story of how Alexander the Great tamed a big wild horse when others fail should be telling. As history would have it, the horse became the conquer’s warhorse Bucephalus, arguably the most famous of all horses.

To note, horses need to be handled with care. It’s one of the reasons reliable horse trailers are best used when transporting them to distant locations. That way they don’t get tired or injured and can be used fresh when needed (e.g., race).

Certainly, riding a horse requires coordination. By achieving such a feat, however, you gain flexibility. Parts of your body, your hips, for instance, will become more flexible the more you ride.

As mentioned above, horseback riding means you coordinate your whole body for one purpose, total control. And this is better said than done. Chances are before you get to stay a minute or two on the saddle, you will have to fall a couple of times. And that’s an understatement.

But once you get it, there may not be a better feeling of getting that adrenaline rush than sitting atop that horse. And as such, you need unrivaled coordination to do that. Think of the first time you practiced driving a car. You seem to have two left legs right? But over time, you gain proficiency. The thing to remember is you’re not driving a machine here; you’re leading a horse. So subtle movements and a lot of practice are the way to go. 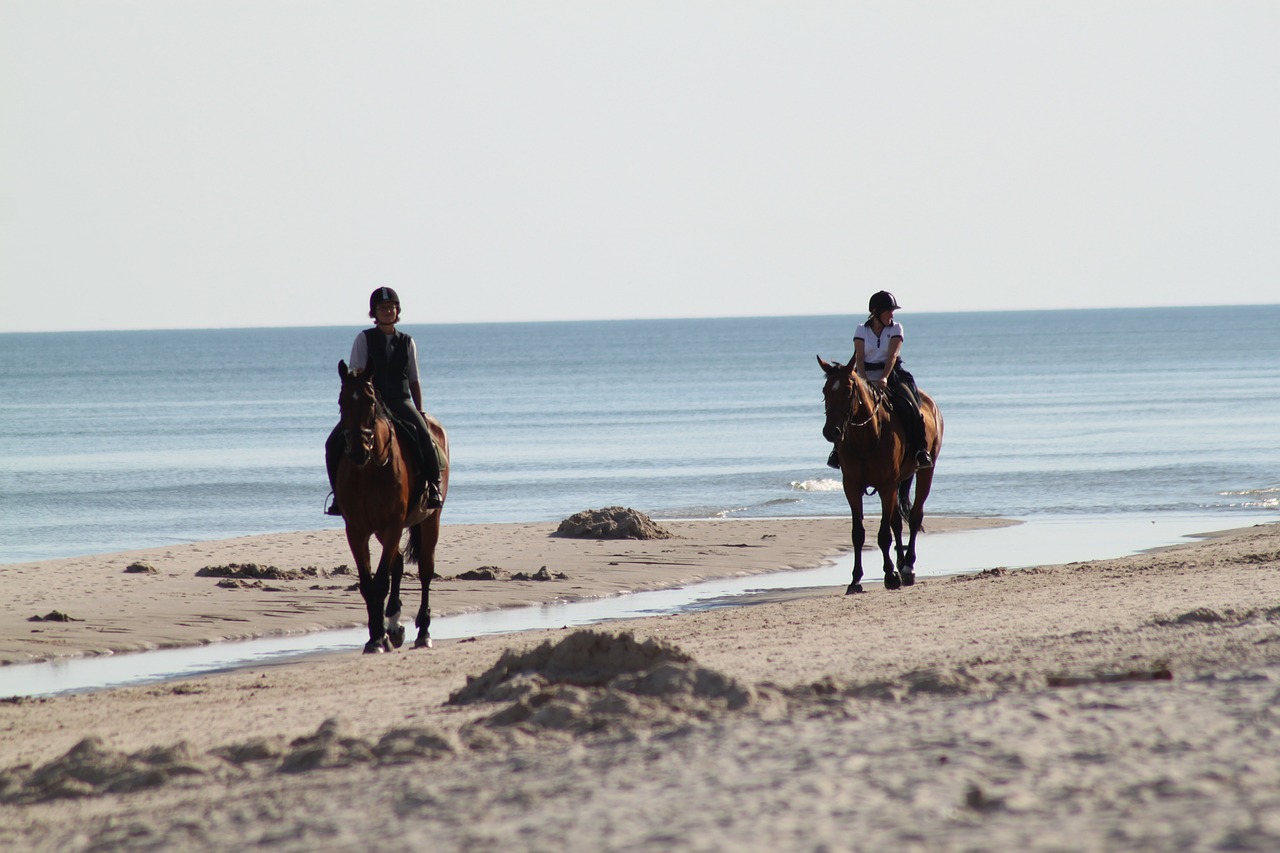 A lot of times people connect horse riding as a fun activity. And they’re right. But over and beyond, riding horses is a form of exercise. In fact, it’s isometric fitness at its best. You may not see much movement on your part but your muscles are actually being used and in the process toned.

The act of staying on top of the animal alone takes a lot of muscles to act together. Top of the list is your thighs. Horses, for one, have become a go-to exercise for people with disabilities (PWD) or people who want to recover from injury.

There are a lot of wrong things that you could do when on the saddle for the first time. And it’s understandable. We all fear what we don’t know. Some people hold the reins too tightly. Some, for fear of falling, grip the pony by their thighs too firmly.

And yet, once you get some proficiency, you will also learn to maintain better posture. Your back straightens while your arms lower. What’s better, your posture is going to improve more and more as you make riding a habit. Small wonder women who ride horses are so full of grace.

You might not realize it but horseback riding is one of the best ways to de-stress yourself. And it’s not a new discovery. Centuries ago, the Greeks utilized horse riding as a fitting therapy. Now you might contest that but wait until you stay an hour on the saddle, and you’ll know.

Indeed, there’s a lot of untapped potentials that await someone who decides to spend time and effort horseback riding. Getting into the saddle can be a most rewarding experience, not to mention an enjoyable one.